The six shortlisted titles for the 2019 Nan Shepherd Prize were...

In Places that Heal, Elspeth Wilson takes us from the Hebrides to Dublin, Edinburgh to County Wicklow, and at the same time journeys through the body: the mouth, mind, heart, eyes.

Wilson didn’t know much about nature, she shied away from it after finding spending time in wild spaces scary and challenging. Following trauma, however, nature became a safe haven, away from the triggers of noise and flickering lights. Sea-swimming became a space where she was neither reduced to her body, nor trying to transcend it.

Places that Heal is a story of recovery and transformation, from someone who once couldn’t name a flower other than a daffodil. It looks at personal recovery as the natural world struggles against ecological crises, and considers the ways in which we too can heal the places that heal us. 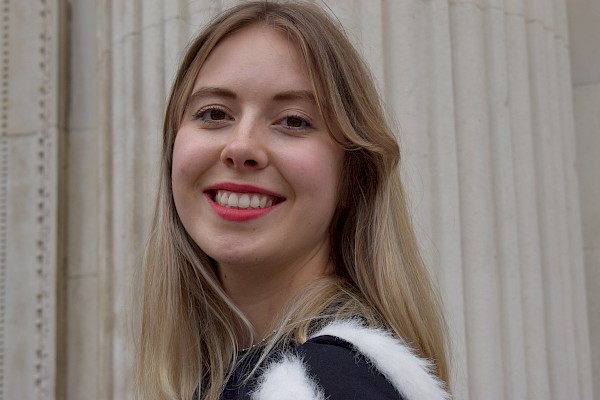 Elspeth Wilson has a BA in Anthropology and Politics and an MPhil with Distinction in Gender Studies. She won the ‘best blog’ category at the Write to End Violence Against Women Awards in 2014, and her poetry has been shortlisted for the Streetcake Experimental Writing Prize, commended for a Young Poets Network challenge, and nominated for Best of the Net in 2019. She is currently working on a research project about the experience of pleasure post-trauma. She lives between London and East Lothian, Scotland. @ElliJWilson

The Castle Captured Me

In August 2013, at the age of forty-one, Emily Richards left behind nearly everything she’d ever known to embark on a new life in Kinloch Castle on the mountainous Isle of Rum with her wife, Mel. She knew nothing about where she was going except that it had a castle, one shop and no roads, and more animals than people. Leaving London meant abandoning her urban comfort zone and her hopes of having a child; it meant starting with no job, little money and nothing of her own. It was her last chance, but for what?

Faced with floods, storms, darkness inside and out, and often near-total isolation, Richards learned to see by starlight, to climb mountains and swim in freezing seas, before finally daring to call the island ‘home’. The Castle Captured Me is a story of transformation and of how an island can find you when you are unable to find yourself. 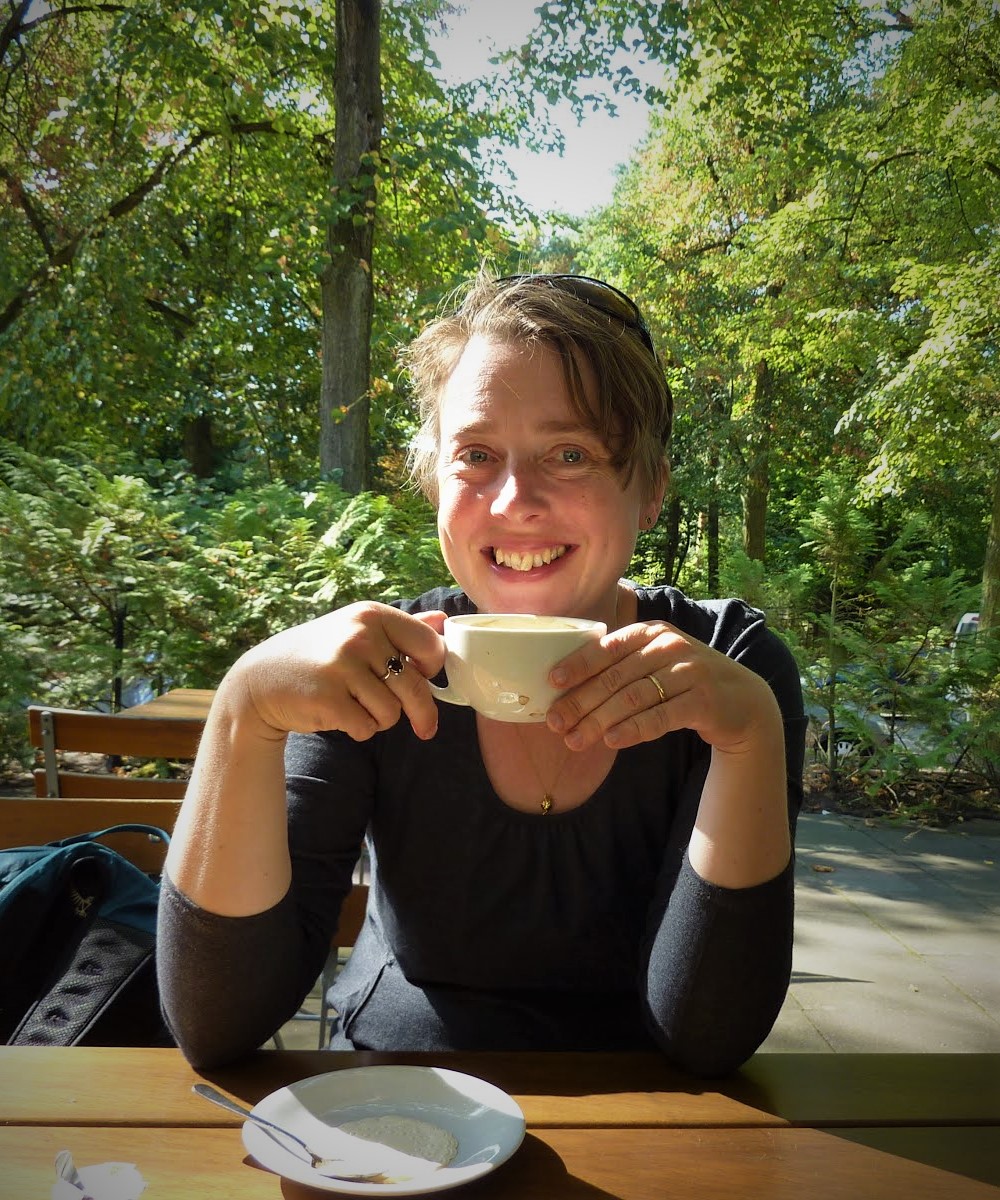 Emily Richards’ previous publications include articles in Scottish Highlands and Islands and Elsewhere magazine, as well as online blogs about Rum and Berlin. She received a scholarship at the Middlebury Bread Loaf Translators’ Conference, 2017, where she attended seminars on nature writing as part of the Bread Loaf Environmental Conference. Richards grew up in Canterbury but spent much of her adult life in Berlin before meeting her wife, Mel, in 2005 and embarking on a nomadic lifestyle that has not yet ended. She now lives in Salisbury, Wilts. castlecapturesme.blogspot.com

A Loveliness of Ladybirds

In January 2008, Kenya was rocked with the worst post-election violence in its history. After most of the violence had passed, JC Niala asked a group of young, self-rehabilitated former criminals if they would start an organic farm with her – in the heart of Kibera, regularly described as Africa’s largest slum. For ten years, the farm went on to feed seventy-four families, turn a profit and lead to three spin-off businesses that are still running today.

What stayed with Niala, however, were the unexpected bonds that the young men made with the more-than-human gardeners they worked with – their excitement at finding earthworms, the sunflowers planted to extract excess zinc from the soil that created a neighbourhood meeting place.

It is hard to avoid the legacy of colonialism in nature writing about the African continent, which has been dominated by a European lens, and there is precious little work about African engagement with nature in Europe. A combination of anthropology, memoir and social history, this is what A Loveliness of Ladybirds hopes to contribute: an understanding of nature that embraces diversity while looking at the ways in which our histories affect our relationship with nature. 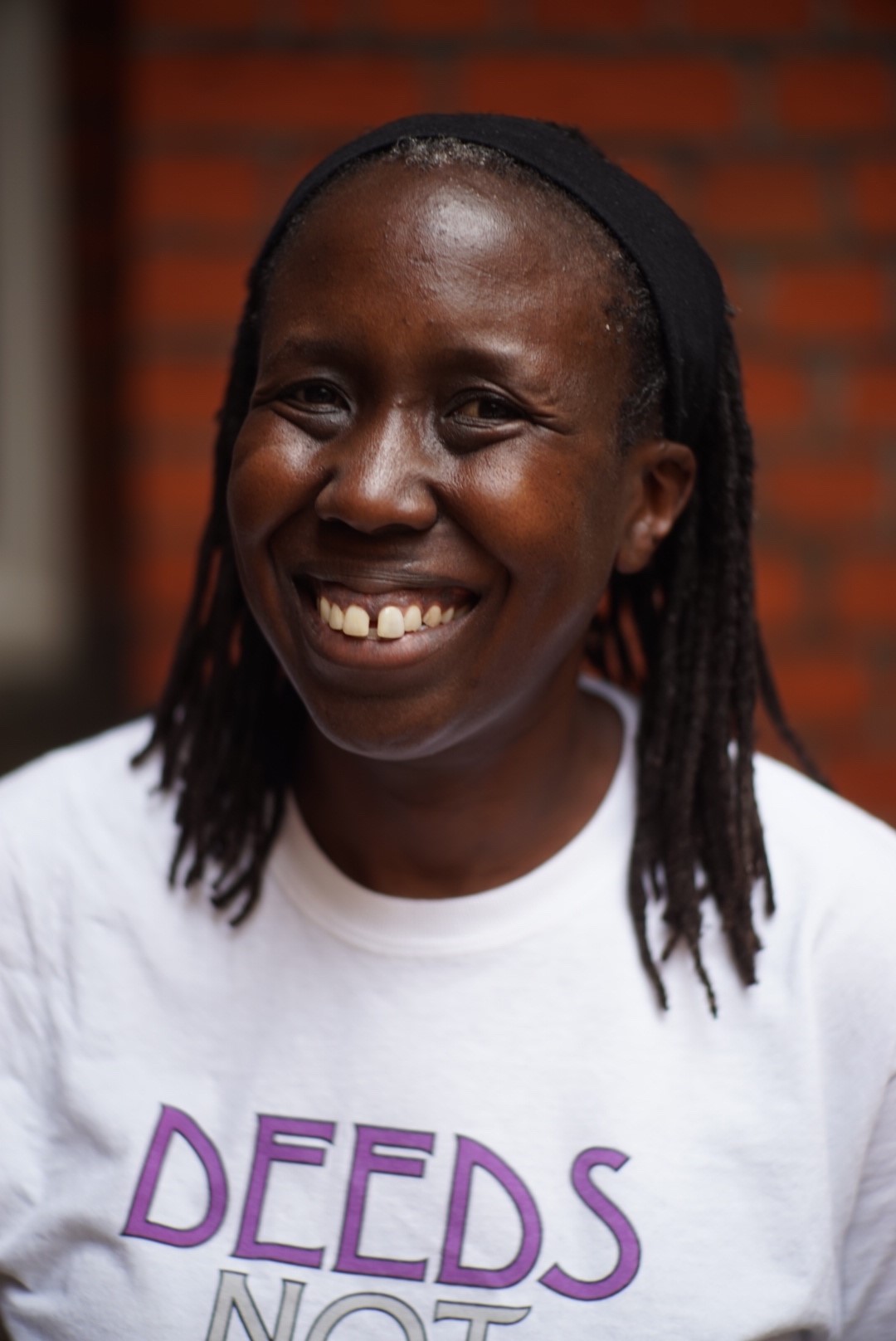 JC Niala is an anthropology doctoral student at St. Catherine’s College, University of Oxford. For her, both Kenya and the UK are home. She lives in Oxford. @jcniala / jcniala.com

When Michael Malay moved to England, the first friends he made were birdwatchers. They taught him the names of the creatures he saw around him: greenfinch, wren, swift, swallow. But they also introduced him to birds that were vanishing, to creatures that, though common in their grandparents’ time, were becoming increasingly rare.

Examining the human relationship with the non-human world, Malay looks at four particular creatures – eels, moths, freshwater pearl mussels and crickets – and the role they play in the British landscape and imagination. He looks at the implications of what is being lost, both for the environment and for culture, as these creatures disappear.

Late Light is a book about discovering the names for vanishing things, and about living through a time of profound ecological and political change. It is about memory, migration and extinction, about life in austerity Britain, and about connecting to the natural world in an era of mass disappearance. 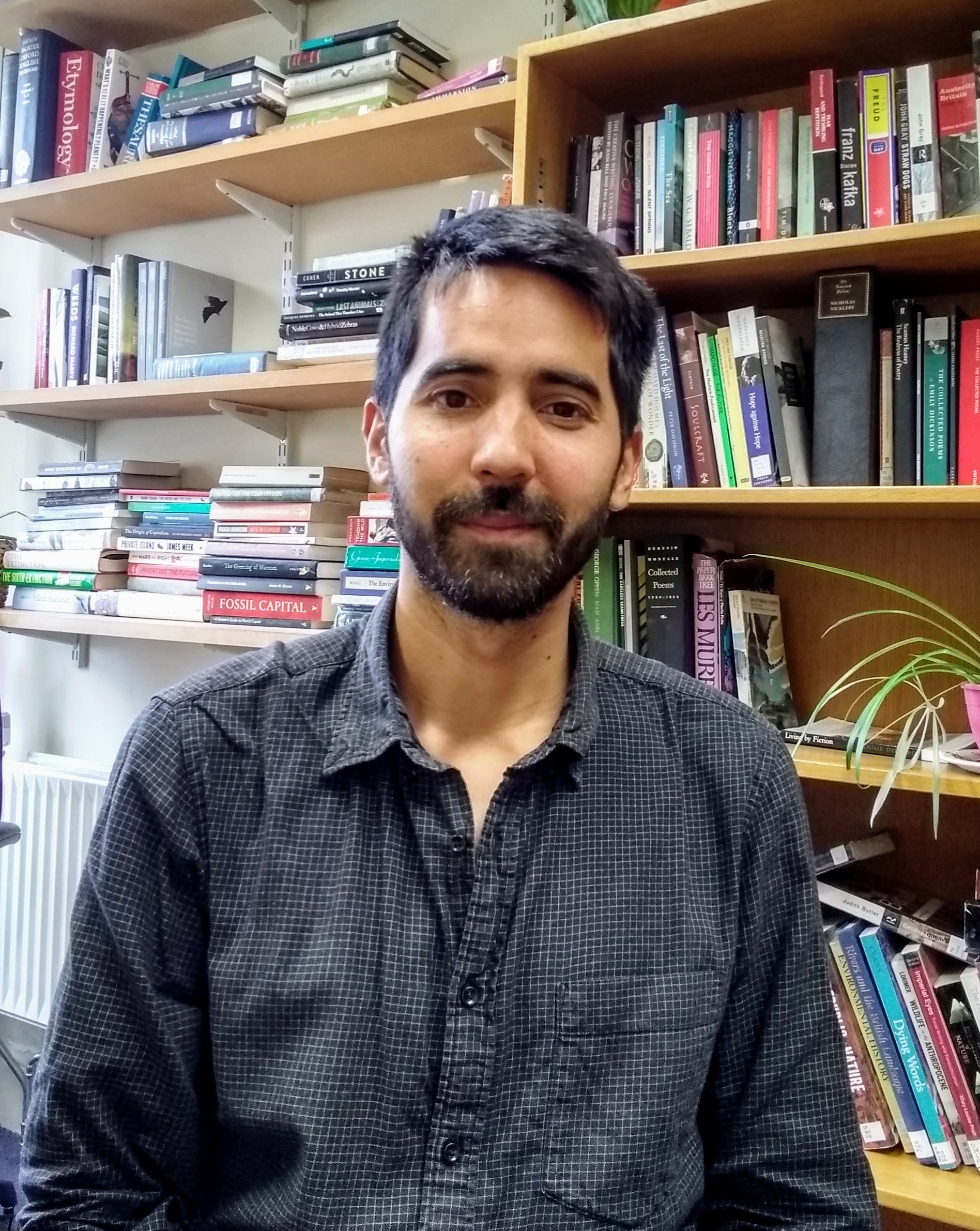 Michael Malay is an Indonesian-American writer. He grew up in Jakarta, Indonesia, and Queensland, Australia, before moving to the UK in 2008. His non-fiction writing has been published in The Willowherb Review, The Clearing and The Dark Mountain magazine. He lives and works as a lecturer in English Literature and Environmental Humanities in Bristol.

Bluebottle on the Dung

When Jacqueline Bain lost her mobility following intensive knee surgery and time spent in a wheelchair, she was forced to re-examine her life and her relationship with nature. Having been interested in nature and wildlife for as long as she could remember, when she first lost her ability to walk comfortably, she no longer felt alive or part of the natural world. Nature to her meant woods and hills and moors and beaches. Now it felt as though she only had a past life, and not one in the present.

Bluebottle on the Dung is an exploration of our connection with creatures and landscapes within the natural world, focusing on those insects, birds and mammals that are unpopular or generally ignored. It is a reminder that our experience of nature doesn’t have to be about how high we go or how far, and a fascinating look at the wildlife that is all around us, and there for us, wherever we are. 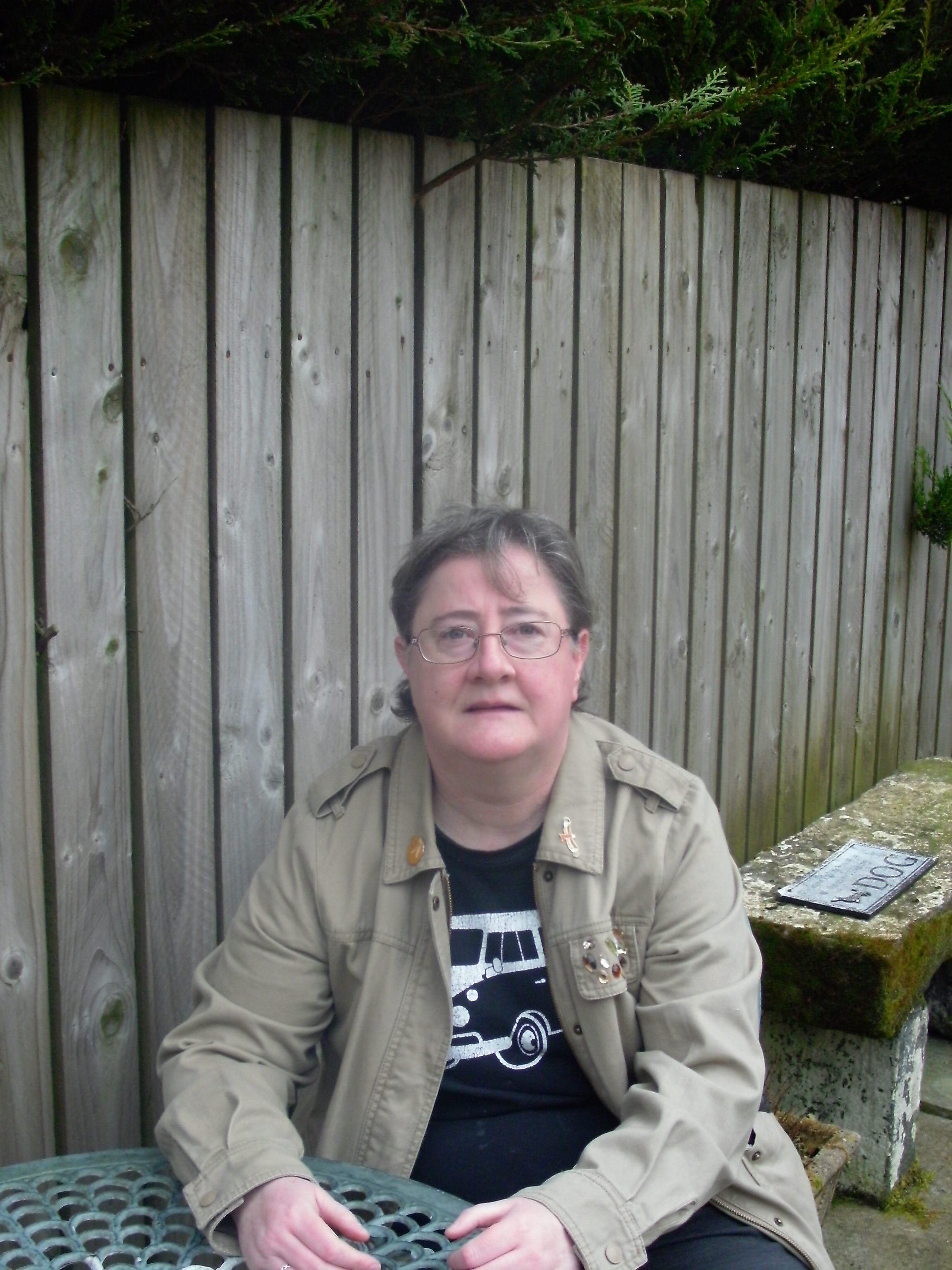 Jacqueline Bain is a former theatre nurse and support worker with Alzheimer Scotland. Her nature writing has been published in the Summer and Winter editions of An Anthology for the Changing Seasons, edited by Melissa Harrison, and has also been published in Mslexia, People’s Friend, Writing Magazine and Take-A-Break-Fiction-Feast. She is the winner of a number of writing competitions including Wild Words 2018 and Writing Magazine 2015. Due to deteriorating mobility, most of her current wildlife-watching takes place in her garden, which has been adapted for her needs and designed to be wildlife friendly. She lives in Paisley, Scotland. 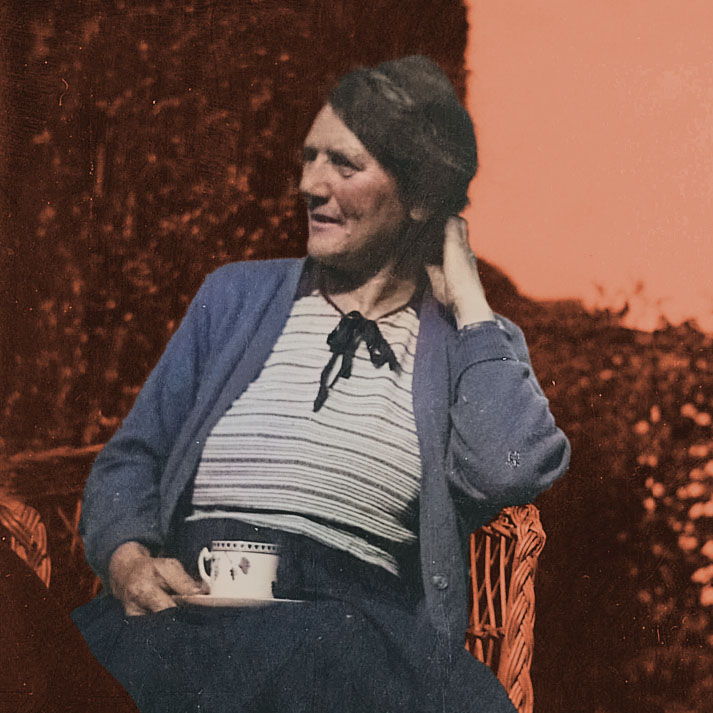